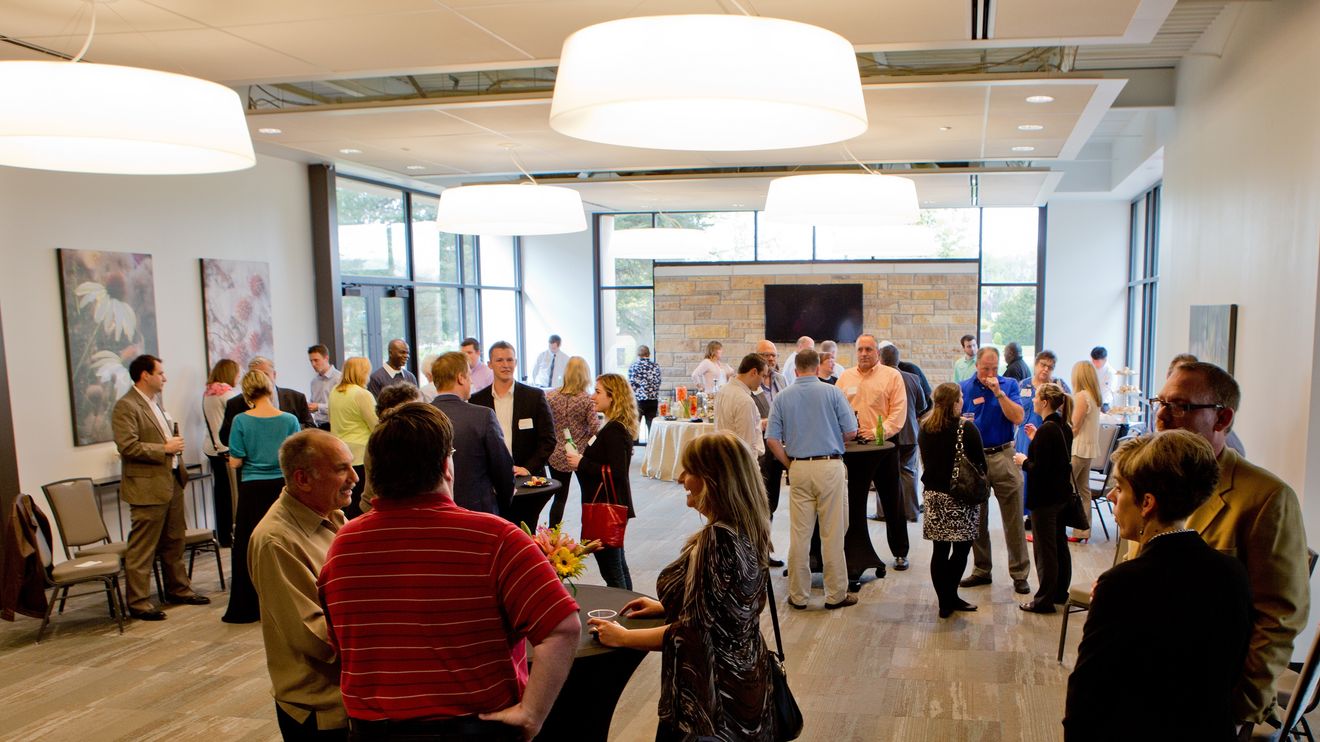 Over the course of her 20-year career as a standup comic, Ellen Karis has played all sorts of unlikely venues, from bowling alleys to churches.

But later this month, she will do a gig at perhaps the last place she ever expected to appear — at least while still alive. Namely, a funeral home.

Karis is one of four comedians who will be performing at an Aug. 12 event at New York City’s storied Frank E. Campbell funeral chapel, the place where services for prominent statesmen, socialites and entertainers have been held over the decades. But when Karis and others appear, there will be no memorial tributes of any kind.

It’s just a pure night of standup that happens to be at what Karis calls “the Tiffany of funeral homes.” And Karis says she couldn’t be more honored to participate.

“
‘It’s all part of a much larger commitment to the community.’
”

The Campbell comedy show isn’t a complete anomaly, however. Funeral homes across the country are increasingly opening their doors for a range of life-cycle, entertainment and other events, including weddings, concerts and even the occasional co-op board meeting.

“It’s all part of a much larger commitment to the community,” says Campbell president William Villanova.

Villanova adds that the shows are all free and open to the public, including the upcoming comedy one, so the idea isn’t about making money — at least in the direct sense. But he says the events position the funeral home as a “place of comfort and security” for local residents in the long run.

For other homes, there is a direct payoff in thinking outside the box. The Flanner Buchanan Funeral Center, which operates 17 locations in the greater Indianapolis area, hosts about 500 non-funeral events annually, according to owner and chief executive Bruce Buchanan.

Weddings are a focus, but there’s no particular limit to what the company will do. “Probably the biggest event we did was a jazz concert that ran over two days,” says Buchanan.

In some ways, the trend is really an outgrowth of funeral homes adding event spaces in recent years as a way to better accommodate those planning memorial services, says Bryant Hightower, president of the National Funeral Directors Association.

“
‘The biggest event we did was a jazz concert.’
”


Hightower and others in the industry say funeral homes realized that families were increasingly frustrated having to coordinate separate events — meaning a funeral service, a burial and a gathering at a restaurant — in the same day.

So, by providing an event and catering venue, often a newly built space or a repurposed existing chapel, home operators could solve part of the dilemma for families planning funerals and create a new income stream for the businesses at the same time.

But once the event spaces were up and running, it became obvious to home operators that the rooms could function in other ways. “It’s only natural,” says Hightower.

Still, not every funeral home has found the idea makes sense.

Sander says that her company makes good use of its catering facility for memorial events, but its attempts at hosting weddings, birthday parties and, yes, baby showers haven’t proved as successful.

Hosting a comedy show at a funeral home may be pushing the idea to an even greater extreme. But that doesn’t seem to faze the comics who are participating in the Aug. 12 event at the Frank E. Campbell home.

Elyse DeLucci, the veteran standup specialist who is coordinating and appearing at the Campbell show, says comics are accustomed to finding work where they can get it. Plus, the pandemic has only prompted many in the comedy community to be more creative in finding opportunities, she adds.

In the end, she notes, it’s the laughter generated that counts, not the venue, be it a club or a funeral chapel. “A room is a room,” she says.