Americans working for Chinese media are having to share personal details 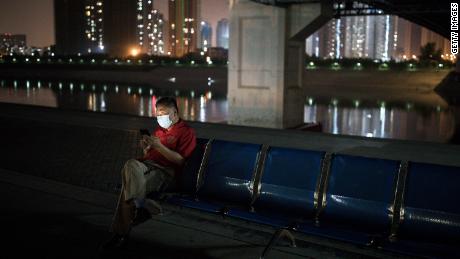 It’s a result of five Chinese state media outlets being labeled Foreign Missions by the US earlier this year, marking them as extensions of Beijing’s government and requiring them to comply with the same rules that govern foreign embassies and consulates.

The action is part of a broader tit-for-tat between China and the United States, with media outlets in both countries serving as proxies.

The five-page form, titled “State Department OFM (Office of Foreign Missions) Questionnaire,” asks for employees’ personal information as well as information about their spouses, children, and anyone else they live with, along with where the employee has worked for the past five years. A copy of the form was shared with CNN by two CGTN employees who did not want to be named for fear of reprisal.

All CGTN employees, including those who are American citizens, have until Monday to complete the questionnaire.

In an email to staff, shared by one of the CGTN employees, CGTN’s legal department wrote the information normally is required only from diplomatic staff.

“We sincerely regret that OFM is requiring you to provide this information, but our request to OFM for some reasonable accommodation for employees who are US citizens or permanent residents was rejected,” the email states.

A State Department spokesperson told CNN the form sent to CGTN employees was not created by the government, but that the information is the same as what is required of any employee of a foreign mission, such as an embassy or consulate. Foreign missions are required to supply the information via a secure online web portal.

“It is necessary for the Department of State to have a record of individuals employed by all foreign missions in the United States,” the spokesperson said. “Such information is managed in accordance with any protections that exist under Department policy and the Privacy Act of 1974.”

CGTN, the international arm of Chinese state television, has staff in more than 70 countries. Its bureaus employ both local and Chinese employees, though Chinese executives have final say on editorial matters.

Staffers tell CNN that while they are often left to report as they see fit on some topics, subject matters such as Tibet are often deemed off limits. Stories on the Hong Kong protestors or the minority Muslim “reeducation” camps in Xinjiang, are presented in a way that is favorable to the Chinese government, despite protests from Western staffers. The network is currently under investigation by the UK media regulator for violating bias and impartiality rules.
CGTN has played a key part of the Chinese government’s overall strategy to muddy the waters of the coronavirus narrative through its state and social media. Segments have robustly defended China’s response to the virus in the face of Western criticism, questioning the motives behind the critiques while showing off Chinese donations of medical supplies and expertise around the world.

The five Chinese state media outlets labeled as foreign msisions — CGTN, Xinhua, China Radio International, the China Daily and the People’s Daily — now require US government approval to buy or lease office space, are limited in the number of Chinese employees they can have on staff, and must register personnel changes including new hires and staff departures with the State Department, just as foreign diplomatic missions do.

In mid-March China announced it would expel journalists from The New York Times, The Wall Street Journal and the Washington Post, in a major escalation of tensions with Washington. The move was widely condemned by international news organizations.
“The U.S. is taking this action in order to clearly communicate the severity of our concerns about the abusive, unfair, and non-reciprocal treatment of international press in China,” a State Department official said at a press briefing on March 8.

The second CGTN employee told CNN they see the questionnaires from the State Department as a way to pressure Americans to leave the network.

“Several people have told me they are considering quitting, but the pandemic is making it harder to do that,” the employee said. “There is a sense the State Department wants to brand us as spies and create the impression that if we continue to work here we will he unemployable in the future. Including family members adds to the intimidation factor.”

The employee argued that while there are “valid concerns” around China’s lack of press freedoms, the US is “supposed to be better than that” and allow freedom of the press, even if it’s “unpopular speech.”

CGTN did not respond to a request for comment. But in a statement posted to its website in March, the channel slammed the foreign mission label as “hypocritical.”

“The US State Department has increased its control over Chinese media, while violating hallowed US commitments to freedom of speech and the press,” the statement said. “US government suppression won’t deter us from providing the world with more high-quality news.

We hope the US government will cease politicizing legitimate news operations. CGTN provides a window on Chinese culture and a platform for Chinese perspectives on international affairs.”

Michael Callahan contributed to this report.

The world's new Covid-19 epicenter could be th...