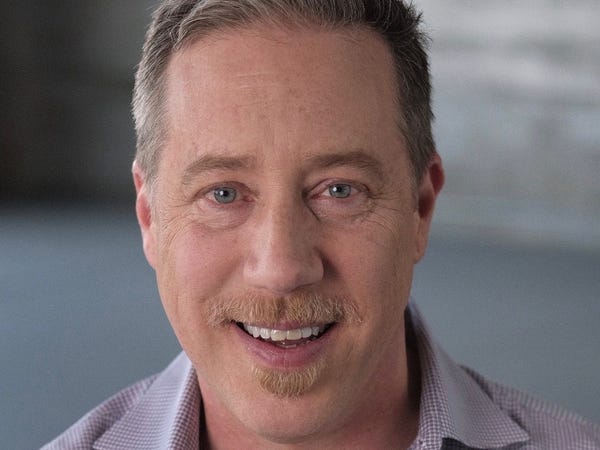 Retailers need plenty of extra computing power to handle the huge spike in shopping traffic that comes on days like Black Friday or Cyber Monday.

The problem is that even in the era of cloud computing — which lets companies rent fundamentally unlimited supercomputing power from the likes of Amazon, Microsoft, and Google — it’s not really cost-effective to maintain the server infrastructure to handle those very temporary spikes year-round.

You can see similar dynamics in the financial services industry, in the video game business, or even in sports: There are huge surges in usage at certain times, and huge dropoffs at others. It can make it difficult to know how much capacity is the right amount, meaning that companies often have plenty of cloud servers all set up and ready to go, but otherwise sitting idle.

This issue has led to the rise of so-called serverless computing. Despite the name, serverless computing still involves servers: It just means that rather than having servers sitting idle in the cloud indefinitely, an application can call the appropriate amount of computing capacity into existence for as long as it needs it, and vanish it when the task is done. Importantly, customers only pay in this case for how much computing time they use, down to the millisecond.

In a broader sense, serverless computing is lauded for allowing developers to write apps that can grow to the largest of scales, without their having to worry about managing the underlying infrastructure, too. The serverless technology does the heavy lifting, while coders can focus, well, on coding.

Amazon Web Services was a pioneer in serverless, coming to the forefront when it introduced AWS Lambda in 2014. Soon, Microsoft, Google Cloud, IBM, Oracle, and a host of emerging serverless startups followed suit.

And it’s growing fast among large and small companies alike. According to a report from Spiceworks, a professional community for the IT industry, about one-third of companies are currently using or planning to adopt serverless computing this year.

When used properly, serverless computing stands to save on cloud costs for many customers, which could make it even more popular as the pandemic puts the squeeze on IT budgets.

“We have seen some solutions being developed as part of the COVID-19 relief efforts that are relying on serverless technology due to the productivity benefits it provides for rapid development,” Gabe Monroy, director of product management at Microsoft, told Business Insider. “Moving forward we also anticipate economic factors may prompt even more organizations to begin adopting serverless for the benefits it provides around efficient computing.”

In many ways, serverless computing is an extension of the existing cloud computing model. Rather than run servers from a traditional data center, customers of platforms like AWS can get access to all the IT infrastructure they need by merely entering a credit card number.

Importantly, these platforms bill by actual usage, which often makes it cheaper than buying and building server farms that can sometimes sit idle, or at least below capacity. But even then, IT departments still have to buy cloud capacity beyond what they might necessarily need, just to be ready for usage spikes, and then put in the energy to maintain it.

Proponents say that serverless computing takes the best parts of that model, namely the pay-as-you-go aspect, and makes it more flexible.  For a serverless application, the infrastructure it needs doesn’t even exist until it’s needed.

“Serverless is an example of a technology that was enabled by cloud computing in particular,” Tony Iams, research vice president at Gartner, told Business Insider. “It would’ve been very difficult to deliver serverless-type capabilities without the infrastructure cloud providers have at their disposal.”

This model is, in turn, is winning attention from developers. While cloud platforms made it easy to obtain the server capacity that a developer needed to power their next big thing, actually managing and maintaining those servers, even in the cloud, can be a headache. Serverless computing abstracts away that concern.

“That abstraction away from infrastructure is something that can be very appealing to developers. They can just write their code,” KellyAnn Fitzpatrick, industry analyst at RedMonk, told Business Insider. “That is very attractive.”

“They can manage the infrastructure themselves or they can have someone else manage it for them,” Forrester’s Hammond said. “As more and more developers get comfortable with what cloud providers are doing, it makes sense for them to spend less time solving the guts of an application and more on business.”

AWS pioneered serverless, but Microsoft and Google have followed suit

All three major clouds offer their own serverless products, which are sometimes known as function-as-a-service features. AWS offers the pioneering Lambda, Microsoft has Azure Functions, and Google Cloud has Cloud Functions. Alibaba, Tencent, IBM, and Oracle offer similar services as well as well.

Analysts say AWS was the pioneer in serverless, and because it was the first to the market, it has a more mature product and a larger base of customers. Amazon is the most well-known serverless vendor by far, they say.

“If you look at which products and services it’s associated with, I would have to say it’s Amazon Lambda that has gotten the most visibility in this space,” Iams, the Gartner analyst, said. “They took the lead in promoting the Lambda as a new way to do compute.”

First launched in 2014, Lambda is now widely used at companies including T-Mobile, Netflix, Major League Baseball, Autodesk, and Square Enix. A report from cloud monitoring company Datadog shows that 80% of its customers who use AWS have now adopted Lambda, signalling broader uptake.

Ajay Nair, director of product management at AWS who has been part of the Lambda team since it first launched in 2014, calls Lambda “the most mature serverless out there,” as other cloud providers followed suit after AWS came out with Lambda.

“Lambda has hundreds of thousands of active customers. We process trillions of requests to execute code within Lambda that’s unmatched to any provider out there,” Nair told Business Insider. “We’re a leader for serverless.”

While AWS popularized serverless computing and brought it to early adopters, Microsoft’s Monroy says that the tech titan’s major contribution to the field has been in broadening this technology to suit large enterprise customers. Now, Monroy says, customers in all industries are putting serverless to work.

“Our customers were asking for it,” Monroy said. “We wanted to start providing services that met the needs of our customers. We tend to be customer centric in everything we do. This is just another case of that.”

Read more: A top Microsoft cloud exec says that the company wants more customers to try out serverless computing, the ‘best way to do compute’

“Serverless really enables the customer to do that, which is one of the strategic priorities in Google Cloud,” Pali Bhat, vice president of product and design at Google Cloud, told Business Insider.

Often, there’s an “initial shock” when customers start to use Lambda, says Datadog product manager Stephen Pinkerton, because it’s simple to use and doesn’t have a large learning curve. He’s seeing more companies completely redo their infrastructure to adopt serverless.

“The implications there are that people who move workloads into the cloud are quickly moving into serverless,” Pinkerton told Business Insider. “As soon as people get hooked on this way of writing code, they’re very quick at adopting it.”

While serverless itself may be easy to use, it can be difficult to completely redesign applications to work with serverless computing, Iams says. That kind of simplicity can be its own kind of challenge.

“The challenges are, again, you need to have applications that fit the architectural model required by serverless computing,” Iams said. “You can’t just take any old application you have and drop it in and make it serverless.”

Arun Chandrasekaran, distinguished vice president and analyst at Gartner, predicts that more tools around monitoring, testing, and debugging serverless applications will soon emerge to help developers solve some of those problems.

“We’re going to see more maturity in the tooling around serverless frameworks, how you secure it, monitor it, how you do application debugging,” Chandrasekaran said. ” We’re definitely going to see more innovation around that in my opinion. There will be much more wider support that developers care about.”

Got a tip? Contact this reporter via email at [email protected], Signal at 646.376.6106, Telegram at @rosaliechan, or Twitter DM at @rosaliechan17. (PR pitches by email only, please.) Other types of secure messaging available upon request.