Alibaba will invest $28 billion to build out cloud infrastructure 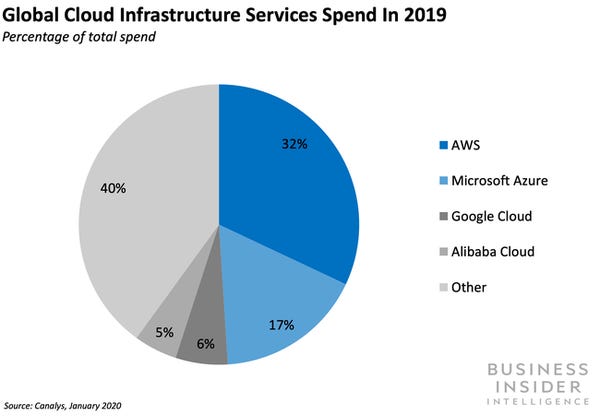 Chinese e-commerce giant Alibaba announced that it would invest RMB 200 billion ($28 billion) in building its cloud infrastructure over the next three years, according to TechCrunch.

Jeff Zhang, president of Alibaba Cloud Intelligence, said the investment will help “speed up the recovery process” and support “digital transformation in a post-pandemic world.” Alibaba Cloud accounted for nearly half (46%) of cloud infrastructure spending in China — the world’s second-largest cloud infrastructure services market, behind the US — in the fourth quarter of 2019, according to estimates from Canalys.

The infusion of capital will help Alibaba compete head-to-head with US tech giants in markets outside of China. Alibaba Cloud operates in 63 availability zones spanning Asia, Australia, Europe, the Middle East, and the US, but the company still trails US tech giants in market share outside of China. Assuming the new budget of $28 billion will be allocated evenly across the three-year timeframe, Alibaba would nearly double its annual spend to reach $9 billion per year.

While considerable, this would have only made Alibaba the third-biggest spender on global cloud infrastructure in 2019, behind Amazon Web Services ($35 billion) and Microsoft Azure ($18 billion), according to Canalys estimates. Narrowing the spending gap will help Alibaba steal market share away from the US tech giants, particularly if the company focuses on small- to mid-tier markets that are currently underserved.

Beyond cloud infrastructure capabilities, geopolitical tensions will play a key part in informing Alibaba’s success outside of China. The cloud space has become increasingly politicized over both privacy concerns and national economic interests. For instance, French officials — citing what they called a “totally unacceptable” law allowing US intelligence agencies to access data stored on cloud servers operated by US firms — are attempting to incubate a local cloud player as an alternative.

Likewise, Indonesia has attempted to back a local player to bolster its tech economy rather than rely solely on cloud services from US or Chinese companies. In 2018, Alibaba slowed its initial attempts to enter the US market over concerns that doing so would provoke a response from the US government, making it more difficult to operate, as reported by The Information. These same tensions may resurface as Alibaba now appears to have regrouped, ready to compete more directly against US tech giants across key markets.