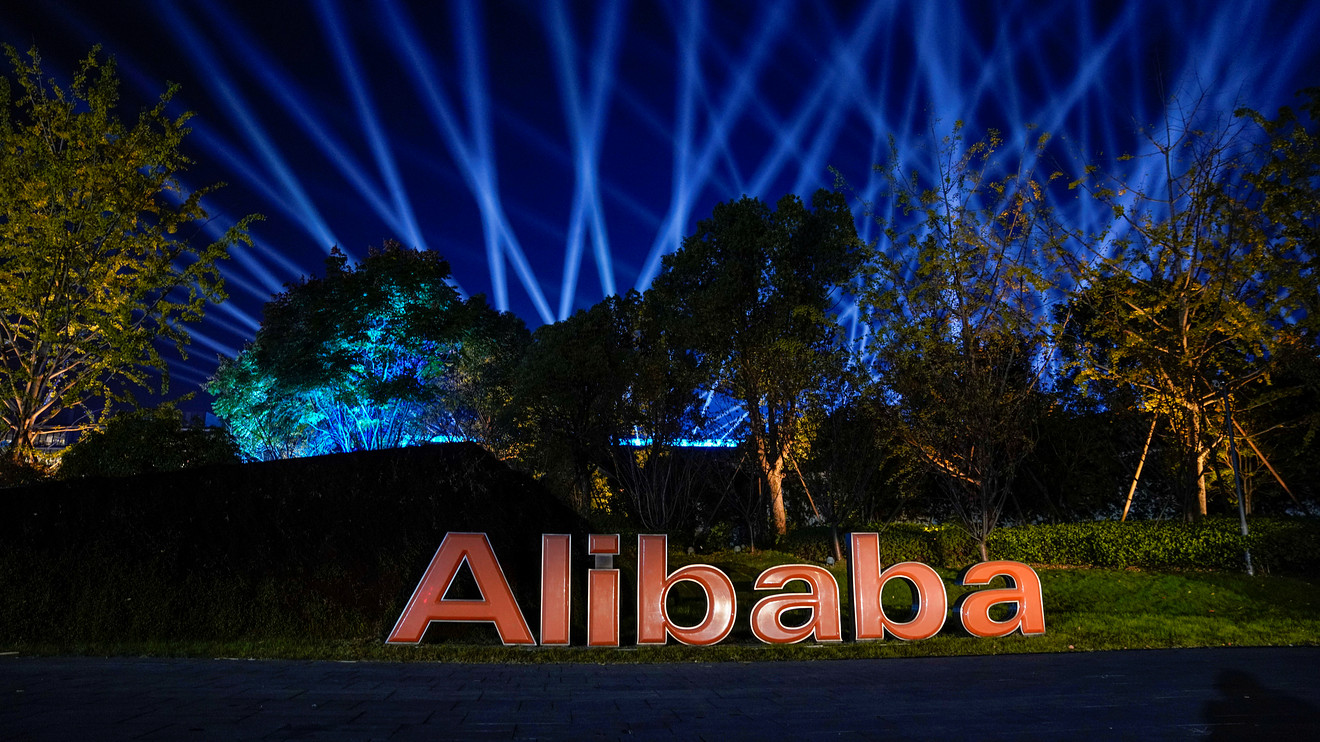 Alibaba Group Holding Ltd. said that volume on its China retail marketplaces was back to growing at near pre-pandemic rates, but its shares dropped about 4% in Friday morning trading on a weak day for Chinese internet stocks given new fears about U.S.-China relations.

The Chinese e-commerce giant reported better-than-expected results for its March quarter before the opening bell, clearing a lowered bar after the COVID-19 crisis pressured its business and prompted analysts to lower their forecasts in the months leading up to Alibaba’s
BABA,

Chief Executive Daniel Zhang said on the company’s earnings call that Alibaba saw “signs of recovery in certain major markets starting in April” but that the business also faces “uncertainties.”

Among the positive points is that gross merchandise volume since the start of April has shown “year-on-year growth at a similar rate to the December quarter’s level,” Zhang said. Alibaba saw a 8% decline in revenue from its local consumer services businesses, but volume growth for the company’s food-delivery business swung into positive territory during April.

While Alibaba hasn’t seen any major changes in terms of the “consumption power” of Chinese consumers on its platform, according to Zhang, the company has noticed some differences in purchasing trends, including heightened food purchases and shifts in beauty preferences. “When ladies wear facemasks, the need for makeup is getting lower,” he said, though skin-care demand is still “very strong.”

Alibaba argued that the global nature of the COVID-19 crisis and the simmering tensions between the U.S. and China represent potential challenges ahead.

“Although China has made good progress in fighting and controlling the spread of the coronavirus with most business reopening and people returning to normal life, the stretch of the pandemic is still looming in the rest of the world, and the timing and the pace of recovery is still uncertain,” Zhang said.

For the fiscal year ahead that ends next March, Alibaba expects to generate more than RMB650 billion ($91 billion) in revenue, in line with the FactSet consensus that called for RMB659 billion.

Chief Financial Officer Maggie Wu said that it was “hard for us to factor in” uncertainties around vaccine timing or whether there will be a second wave of COVID-19 infections and that the company’s forecast “basically reflects assumptions that we believe to be reasonable today” based on recent hints about the recovery rates and growth levels of Alibaba’s various businesses.

She also addressed a recent bill that passed the U.S. Senate and that aims to place greater auditing restrictions on foreign companies listing their shares on U.S. exchanges. Wu said that Alibaba’s financial statements are “prepared in accordance with U.S. GAAP” standards and are audited by PricewaterhouseCoopers.

“We will endeavor to comply with any legislation whose aim is to protect and bring transparency to investors who buy securities on U.S. stock exchanges,” she said.

is reportedly considering delisting from the Nasdaq given heightened tensions, as company executives expect the shares could fetch a higher valuation on an “exchange closer to home,” according to a Reuters story from Thursday.

Alibaba’s U.S.-listed shares have declined 4.3% over the past three months as the KraneShares CSI China Internet ETF
KWEB,

If Coronavirus Is a War, Let's Do What the Mil...