Home > Health > A Life-Threatening Addition to the Differential Diagnosis

A Life-Threatening Addition to the Differential Diagnosis 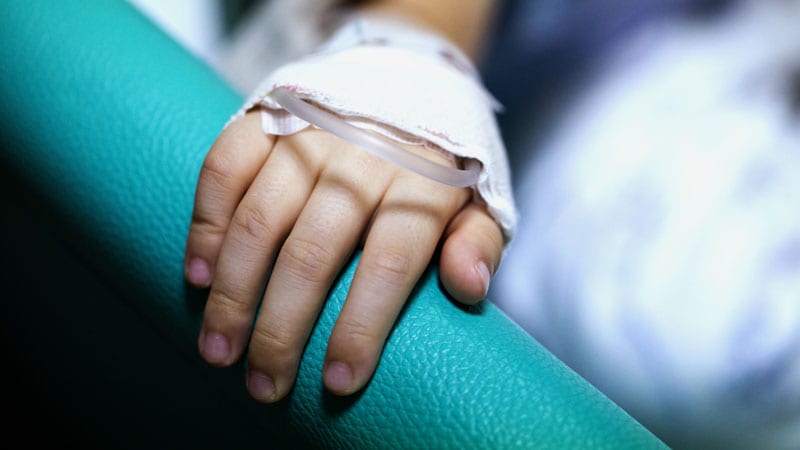 If the illness is not recognized and treated, it can be fatal.

Known as multisystem inflammatory syndrome in children (MIS-C), the condition shares similarities with Kawasaki disease, but is distinct from it.

Although the prevalence of MIS-C is unknown, “the vast, vast majority of children that are infected with SARS-CoV-2 are not going to develop MIS-C. I think that’s the good news. It’s a rare condition,” said Edward M. Behrens, MD, chief of the division of rheumatology at Children’s Hospital of Philadelphia (CHOP). “When it happens, it’s incredibly severe. It’s a serious situation.”

At CHOP, doctors have treated patients with MIS-C with intravenous immunoglobulin (IVIG), steroids, and aspirin with good results.

“With proper medical care, I think the outcomes are great,” Behrens said. “You very likely will have an ICU-level stay. You will need in the beginning ICU-level support because it affects your heart that severely. But…children seem to be making 100% recoveries.”

Two of the six children with MIS-C met criteria for complete Kawasaki disease. “As has been reported by other groups, most patients in our MIS-C cohort had cardiac dysfunction at presentation, a finding that is unusual in [Kawasaki disease],” they wrote. “Conversely, despite their dramatic presentations, there was very limited coronary artery disease in MIS-C patients.”

“Patients in the MIS-C cohort had findings associated with vascular injury and cardiac disease, as evidenced by highly elevated D-dimer and B-type natriuretic protein levels,” the researchers reported. “The positive but high [viral cycle thresholds] associated with MIS-C support a post-infectious etiology for this phenomenon that has been previously postulated but not demonstrated.”

Long-term outcomes in patients with MIS-C are unknown because the disease has not been around long enough. Researchers in Europe initially described the COVID-19–associated syndrome, and the US Centers for Disease Control and Prevention (CDC) issued an alert about it in May.

Delayed recognition of MIS-C is the major concern and may be a possible explanation for some deaths that have received attention in news reports. “The possibility could be that if [MIS-C] is not recognized and you don’t get to a doctor, or the doctor doesn’t recognize it in time, that’s when you can get into trouble. Because you need to recognize that your patient is having a heart that is not working correctly. That is compounded by the fact that they are already dehydrated from all their diarrhea. We need to act right away. You need that in place to have the good outcome,” Behrens said.

A CDC analysis of US patients with MIS-C suggest that most patients will recover despite the severity of the syndrome. Of 570 cases of MIS-C reported to the agency, 10 (1.8%) patients had died as of July 29, according to an early release report published online August 7 in the CDC’s Morbidity and Mortality Weekly Report.

Patients with MIS-C had a median age of 8 years and a range of 2 weeks to 20 years. For the vast majority of patients (86%), the illness involved four or more organ systems. Two thirds did not have underlying medical conditions. Common signs and symptoms included abdominal pain, vomiting, skin rash, diarrhea, hypotension, and conjunctival injection. A substantial proportion had severe complications, such as cardiac dysfunction or shock. In all, 63.9% were admitted to an ICU, and the median length of ICU stay was 5 days.

“As the COVID-19 pandemic continues to expand in many jurisdictions, health care provider awareness of MIS-C will facilitate early recognition, early diagnosis, and prompt treatment,” wrote Shana Godfred-Cato, DO, of the CDC COVID-19 Response Team, and colleagues.

Research to understand the underlying mechanisms of MIS-C is in its infancy, and groups are studying various hypotheses. “Given the evidence that we saw for the microvascular disease…we are interested in trying to understand why that happens and how that contributes to MIS-C disease development,” Behrens explained. He noted that researchers studying COVID-19 in adults also are finding evidence of microvascular angiopathy.

Some experts think that MIS-C appears similar to superantigen-mediated diseases such as toxic shock syndrome, and investigators are looking for evidence of that possibility, Behrens said. Although there are many microangiopathies and viral-induced hyperinflammatory states, MIS-C, with features including gastrointestinal and ventricular dysfunction, appears to be a unique syndrome.

“It’s clearly not an acute viremia, in part because many of these patients have already cleared their virus,” Behrens said. Something about the response to the viral infection appears to generate pathology. “But the nature of that is not clear. Is it a superantigen? Is it antibody mediated? Is it autoinflammatory?”

The National Institutes of Health (NIH) on August 7 announced funding to support research that may help identify children at risk for MIS-C. The NIH plans to award as much as $20 million over 4 years to investigate genetic, immune, viral, environmental, and other factors that influence COVID-19 severity and the likelihood of developing to MIS-C.

“We urgently need methods to distinguish children at high risk for MIS-C from those unlikely to experience major ill effects from the virus, so that we can develop early interventions to improve their outcomes,” said Diana W. Bianchi, MD, director of NIH’s Eunice Kennedy Shriver National Institute of Child Health and Human Development, in the announcement about the project.

In the meantime, MIS-C should be on the radar of clinicians and the public.

“We need to have a heightened awareness about MIS-C, but not a pathologic panic about MIS-C,” Behrens said.

MIS-C does not significantly change anticipatory guidance. Even before MIS-C, combinations of symptoms such as fever, severe GI distress, rash, and lethargy should have prompted an immediate evaluation. “You’re likely calling the doctor or going to the emergency room anyway because you would be worried about appendicitis, which also can be a fatal condition,” Behrens said.

Appendicitis, like MIS-C, can cause fever, severe abdominal pain, and vomiting. Those symptoms might prompt an emergency department to order a CAT scan, and “that’s not inappropriate,” he said. “Appendicitis is still going to happen.”

Now along with a CAT scan to look for appendicitis, tests that can help identify COVID-19 or MIS-C also may be warranted. MIS-C “just needs to be added to our consciousness of the differential diagnosis of these kinds of severe presentations that we always had to watch out for in our children,” Behrens said.

The study by Behrens and coauthors was funded by the CHOP Frontiers Program Immune Dysregulation Team, the NIH, and foundations. Coauthors disclosed ties to pharmaceutical companies.