Home > Health > A Case of an Underdiagnosed Condition?

A Case of an Underdiagnosed Condition? 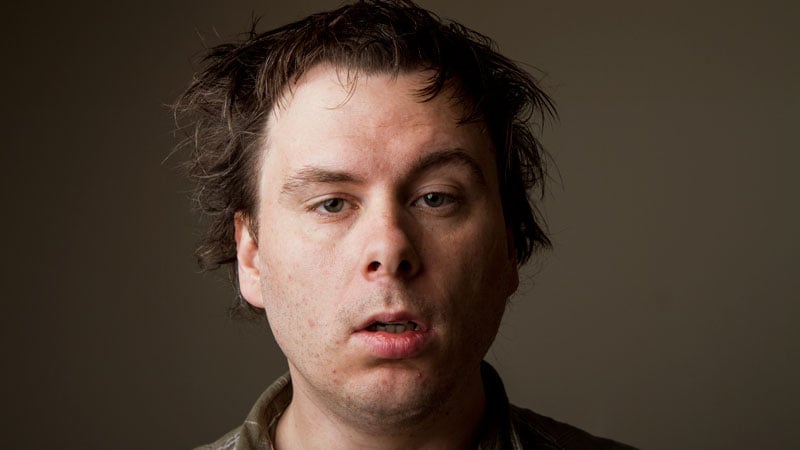 A 46-year-old North Carolina man, who was pulled over on suspicion of drunk driving, vehemently denied consuming alcohol. When he refused to take a breathalyzer test, he was hospitalized and doctors confirmed what police suspected — his blood alcohol level was 0.20, two-and-a-half times the state’s legal limit — and he was charged with driving while intoxicated (DWI).

For an entire year after his arrest, the cause of his “intoxication” remained a mystery. It wasn’t until his aunt learned about a similar case that had been successfully treated at an Ohio clinic that he understood what was happening to him — he had auto brewery syndrome (ABS).

Otherwise known as gut fermentation syndrome, ABS is a rarely diagnosed gastrointestinal condition that causes patients to appear drunk and suffer all the medical and social implications of alcoholism.

“ABS occurs when ingested carbohydrates are converted to alcohol by fungi in the gastrointestinal tract,” Fahad Malik, MD, who reported the case in BMJ Open Gastroenterology while a resident at Richmond University Medical Center in New York City, told Medscape Medical News.

At the urging of his aunt, the patient attended the Ohio clinic where he underwent a complete blood count, comprehensive metabolic panel, immunology panel and urinalysis, all of which were normal.

To confirm the ABS diagnosis, the patient received a carbohydrate meal and clinicians monitored his blood alcohol level, which, after 8 hours, reached 57 mg/dL. He was treated with antifungals for the Saccharomyces fungi in his stool and discharged on a strict carbohydrate-free diet along with special supplements, including multivitamins and probiotics, but no further antifungal therapy.

Probiotics, said Malik, competitively inhibit bad bacteria and fungi, but currently there is evidence to show they are useful for ABS.

Although the patient adhered to his prescribed treatment regimen, after a few weeks of no symptoms, intermittent “flares” returned. In one instance of inebriation, he fell and hit his head, resulting in intracranial bleeding that resulted in a transfer to a neurosurgical center. During his hospital stay, his blood alcohol levels ranged from 50 to 400 mg/dL.

Disheartened by the continuation of his symptoms, the patient sought support from an online forum. It was there he read about Malik and gastroenterologist Prasanna Wickremesinghe, MD (a colleague of Malik’s at Richmond MC), who had treated a complicated, very similar case of ABS. The patient made contact with the two physicians and they assessed him.

“We went from A to Z with the patient, because we were trying to look for similar things in the history — we wanted to know the exact point at which it started and understand when he started experiencing mental fog,” said Malik.

After speaking to the patient, Malik and Wickremesinghe traced his initial symptoms to a 2011 course of antibiotics (cephalexin 250 mg oral three times a day for 3 weeks) prescribed for a complicated traumatic thumb injury.

About a week after he finished the antibiotics, he experienced noticeable behavioral changes, including depression, brain fog, and aggressive outbursts, all of which were very uncharacteristic.

He visited his primary care physician in 2014 for treatment, which resulted in a referral to a psychiatrist, who treated him with lorazepam and fluoxetine. The patient noted that he was previously healthy, with no significant medical or psychiatric history.

Malik believes the antibiotics prescribed all those years ago is the culprit. “We were postulating that the antibiotics had changed the microbiome of his gut and allowed the fungi to develop,” he said.

Since there are no established diagnostic criteria or treatment regimen for ABS, Malik and Wickremesinghe developed their own.

Diagnosis consisted of a standardized carbohydrate challenge test vs a carbohydrate meal, where they gave the patient 200 g of glucose by mouth after an overnight fast and drew blood at timed intervals of 0, ½, 1, 2, 4, 8, 16, and 24 hours to test for glucose and blood alcohol levels.

“After that we needed to isolate the fungi by examining the gut secretions through an upper and lower endoscopy,” said Wickremesinghe. Fungal cultures from the upper small gut and cecal secretions grew Candida albicans and C parapsilosis.

Both fungi were sensitive to azoles and the physicians prescribed oral itraconazole 150 mg per day as an initial therapy. After 10 days, his symptoms did not improve so the dose was increased to 200 mg/day and the patient became “completely asymptomatic.”

“We had nothing to follow. We didn’t know how long to treat the patient, it was really just a process of trial and error,” said Malik. The physicians asked the patient to monitor his breath alcohol levels twice a day during treatment and immediately report any increases. Over time, he also received treatment with various probiotics to help normalize his gut flora.

At the time of the case study’s publication in the summer of 2019, the patient had been asymptomatic for 18 months and been able to resume a normal diet, but still checks his breath alcohol levels from time to time.

“Before this patient’s case, I went all through the literature and found only a few cases of ABS,” said Malik.

However, he added, after this case study was published 10 other patients contacted him with a similar history of antibiotic use and the same symptoms. This, said Malik, is “significant” and suggests ABS is much more common than previously thought.

The clinicians also note that to the best of their knowledge this is the first report of antibiotic exposure initiating ABS.

“What we tried to do was set up a protocol by which to identify these patients, confirm a diagnosis, and treat them for a sufficient amount of time,” said Wickremesinghe. “We also wanted to inform other physicians that this may function as a standardized way of treating these patients, and may promote further study,” added Malik, who emphasized that the role of probiotics in ABS still needs to be studied.

Malik and Wickremesinghe note that physicians should be aware that mood changes, brain fog, and delirium in patients who deny alcohol ingestion may be the first symptoms of ABS.

Wickremesinghe said since the case study was published he and Malik have received queries from all over the world. “It’s unbelievable the amount of interest we have had in the paper, so if we have made the medical community and the general population aware of this condition and how to treat it, we have done a major thing for medicine,” he said.