7 Democratic senators call for ethics probe on Cruz and Hawley 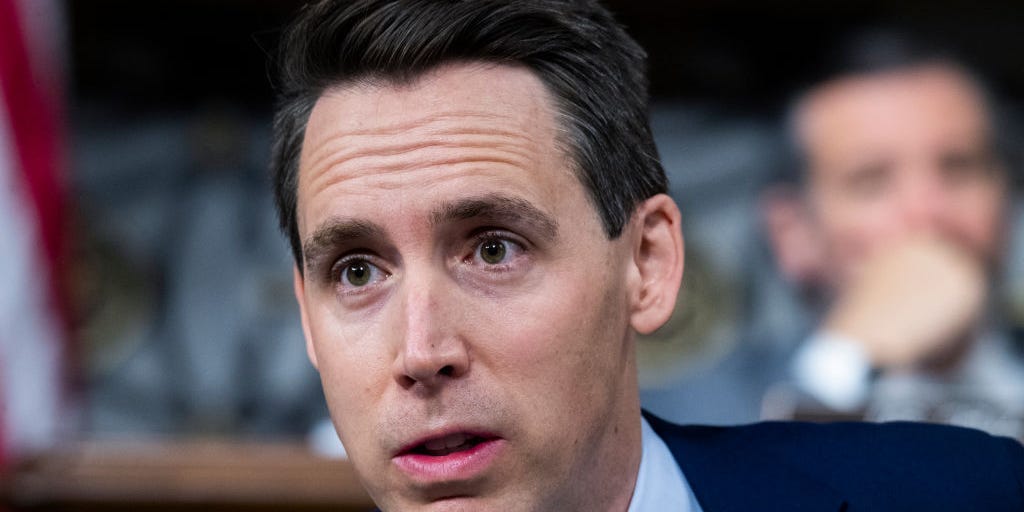 Seven Democratic senators have called for an ethics probe into Republican Sens. Josh Hawley and Ted Cruz over their objections to the Electoral College vote on January 6 and whether or not their actions contributed to the Capitol siege.

“The Senate Ethics Committee should open an investigation into the actions of Senators Hawley and Cruz, and perhaps others as the investigation may reveal, in order to protect the integrity, safety, and reputation of the Senate,” they wrote in the complaint.

They also said: “Their actions lend credence to the insurrectionists’ cause and set the stage for future violence. And both senators used their objections for political fundraising.”

The senators asked that the committee offer disciplinary recommendations “including up to expulsion or censure.”

Read more: SCOOP: Trump taps his former chief of staff and impeachment lawyers as the gatekeepers to his papers during his post-presidency

Hawley called the complaint “a flagrant abuse of the Senate ethics process and a flagrant attempt to exact partisan revenge” in a statement on Thursday.

A Cruz spokeswoman told the Associated Press: “It is unfortunate that some congressional Democrats are disregarding President Biden’s call for unity and are instead playing political games by filing frivolous ethics complaints against their colleagues.”

On January 6, supporters of President Donald Trump breached the US Capitol and clashed with law enforcement, halting the joint session of Congress as lawmakers were debating challenges to electoral votes.

Critics, including Rep. Alexandria Ocasio-Cortez, have called on Hawley and Cruz to resign.

Many Republicans abandoned their plans to dispute the election results following the violence, but Hawley and Cruz pushed forward in an effort that would have been futile but gained them points with Trump’s base.

Sen. Joe Manchin previously said that the Senate should consider using the 14th Amendment to remove Cruz and Hawley.

The 14th Amendment says that no lawmaker holding office “shall have engaged in insurrection or rebellion against the same, or given aid or comfort to the enemies thereof. But Congress may by a vote of two-thirds of each House, remove such disability.”

Then-President Donald Trump has also been criticized for inciting the mob. The House has since impeached Trump on a charge of inciting an insurrection. The Senate will soon hold a trial and vote on whether to convict the former president.

So far, there have been 169 people charged in the Capitol insurrection.