Google’s newest mid-range phone, the Pixel 4a, was finally, finally revealed today after months of speculation, rumors, and leaks. Turns out, it’s a pretty fantastic little package for the price — David gave it a glowing review. But you may be wondering how it compares to Google’s original Pixel 4, the company’s 2019 flagship. Here’s how they stack up.

The Pixel 4a’s internals hew pretty close to the 4’s; both have six gigabytes of LPDDR4X RAM and UFS2.1 storage — the base model Pixel 4 comes with 64 gigs, while the only SKU of the 4a has 128. But whereas the Pixel 4 has last year’s flagship SOC, the Snapdragon 855, the new 4a packs the Snapdragon 730G — a lesser but more power efficient chipset.

You can see a comparison of the two phones’ key specs below. Since the Pixel 4a only comes in one size, we’re comparing it with the smaller Pixel 4 here.

The Pixel 4a’s larger battery is about 12 percent larger than the 4’s, but thanks to its more efficient chipset, real-world gains are much greater. David says he manages up to four and a half hours of screen time with particularly heavy use — better on normal days. That’s impressive for such a reasonably-sized phone. There’s no wireless charging here, but the 4a retains the same 18W wired charging as the 4.

The Pixel 4 set a new bar for mobile photography when it launched. It has a 12.2-megapixel primary camera and a 16-megapixel telephoto shooter, but camera hardware is almost irrelevant in Google’s photo equation; software magic is where it’s at here. Even though it has only one 12.2-megapixel rear-facing camera, the Pixel 4a produces shots that go toe-to-toe with its older cousin — and any other phone on the market today. 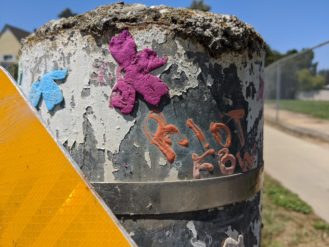 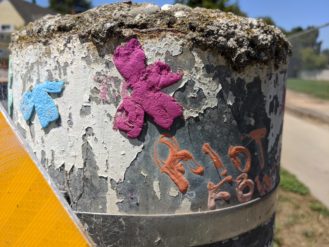 In the Pixel 4a, you do lose the versatility of the Pixel 4’s telephoto lens, but your Instagram game won’t be materially worse for choosing the more economical phone. In fact, photos are basically identical. You can check out a gallery of comparison photos here. 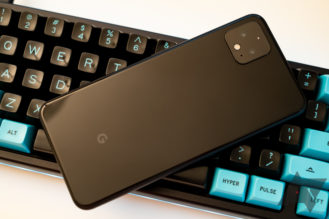 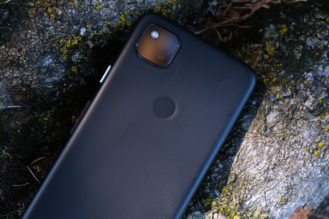 While divisive, I personally really like the Pixel 4’s design. The 4a borrows a lot of the aesthetic: the general shape, the soft edges, the unnecessarily square camera module. It differs in a few ways, though. First, whereas the Pixel 4 was glass, the 4a is plastic. That’s to be expected; the 3a was plastic too. But the 4a is only available in black, and the combination of the texture and color of the finish means it really shows oil from your hands. You’ll probably want a case or skin.

Around front, you’ll notice the 4a lacks the “forehead” bezel of the 4. It only has one front-facing camera, set in a hole-punch cutout. The screen is coated in Gorilla Glass 3, an older and softer glass than the Pixel 4’s Gorilla Glass 5.

This one’s pretty cut and dry. The Pixel 4 starts at $799. The 4a is $349 — less than half the price. The Pixel 4 has better build quality, better performance, a display with a higher refresh rate, wireless charging, face unlock, and an additional camera. But those things probably won’t be worth the markup for most buyers, especially so late into the Pixel 4’s life and especially with the Pixel 5 coming so soon (probably).

Short of a killer deal on the Pixel 4, most people looking to buy a new Pixel in the immediate future should probably go for the Pixel 4a.

Check out the best Switch games for kids you c...