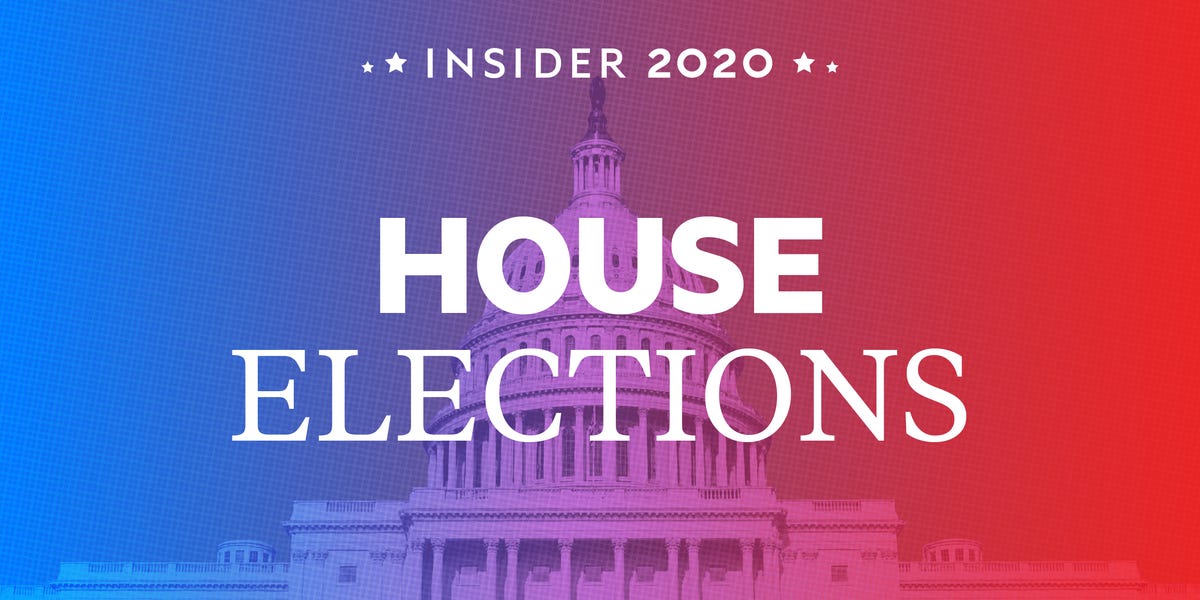 All 435 seats in the House of Representatives were up for election this fall, and Republicans are posting a remarkably strong showing, contrary to what many district-level polls and election forecasts indicated prior to the election.

House Democrats are still on track to retain their majority, however. In the 2018 midterms, Democrats flipped 40 seats in the House and won back the chamber in a historic election — a repudiation of both President Donald Trump and the unified Republican government he presided over for nearly two years.

The Democrats’ top aim in the 2020 cycle was to ensure many of their most vulnerable members who had won back the most difficult seats were reelected. However, Decision Desk HQ is already projecting that seven Democratic incumbents have lost reelection.

Currently, the House consists of 232 Democrats, 197 Republicans, one Libertarian (Rep. Justin Amash of Michigan, who is retiring), and five vacancies. But in 2020, Democrats will see their majority shrink by at least five seats on net, Decision Desk HQ projects.

However, some House Democrats who flipped Republican suburban and exurban seats in 2018 did win reelection on Tuesday, including Rep. Lucy McBath of Georgia, Rep. Katie Porter of California, Rep. Jennifer Wexton of Virginia, and Rep. Mikie Sherrill of New Jersey.

House Democrats also set out on an ambitious agenda to flip many Republican-controlled seats, particularly in Texas and in many suburban districts around the country.

But Democrats have failed, so far, to flip a single GOP-held seat other than two North Carolina seats that they were virtually guaranteed to flip due to court-ordered redistricting, according to Decision Desk HQ projections.

Democrats will not pick up competitive US House districts in Texas’ 3rd, 10th, 21st, 22nd, or 23rd congressional districts, Decision Desk HQ projects. It remains too early to call the open race for the 24th District.

While Biden is projected to carry Nebraska’s 2nd Congressional District’s sole electoral vote in the Electoral College, the Democratic candidate Kara Eastman failed in her second bid to unseat the district’s congressional representative, Don Bacon, in this Omaha-based seat.

Several of the newly-elected state representatives are making history.

Democrat Cori Bush is set to become the first-ever Black Congresswoman from Missouri, after winning in the state’s 1st Congressional District.

Democrats Mondaire Jones and Ritchie Torres will also be the first openly gay Black men to serve in Congress, after winning in New York’s 17th and 15th districts respectively.

And six out of the seven Republicans who have so far unseated incumbent Democrats (Maria Salazar of Florida, Ashley Hinson of Iowa, Stephanie Bice of Oklahoma, Michelle Fishbach of Minnesota, Yvette Herrell of New Mexico, and Nancy Mace of South Carolina) are women — wins that will drastically expand the representation of women in the House Republican caucus.

Three high-profile Democratic members of “the squad” in the House of Representatives held their seats in a comfortable fashion.

3 steps to pivot your reputation and start a m...

Oddworld: Soulstorm coming to PlayStation on A...