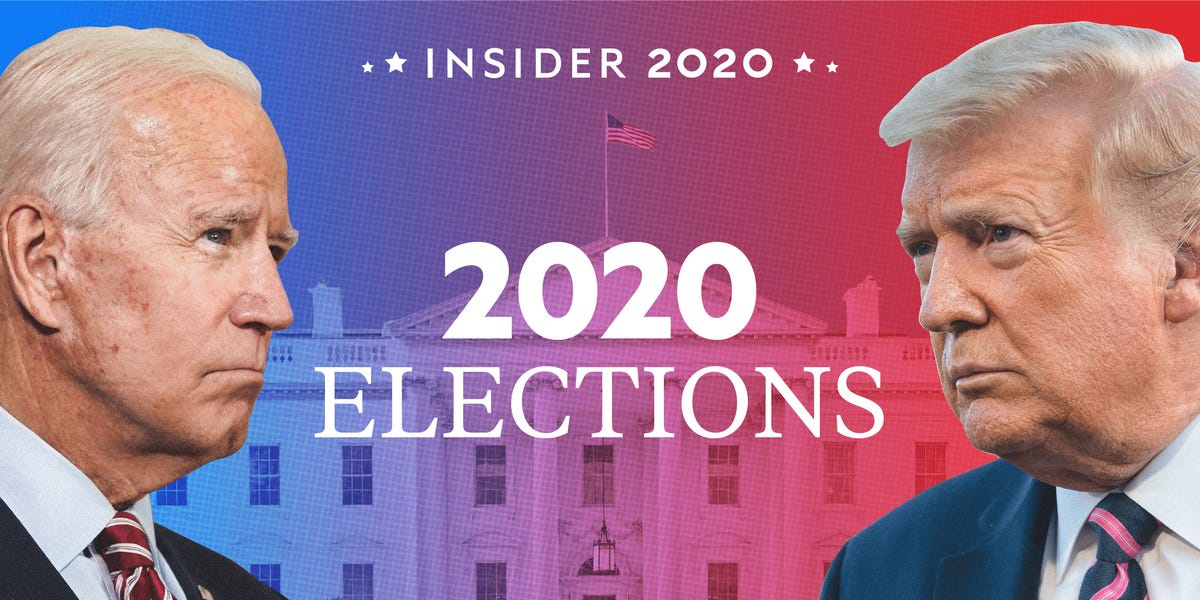 Democratic nominee Joe Biden is within striking distance of the White House early Thursday morning as more mail votes counted in Georgia and Pennsylvania narrows the gap between him and President Donald Trump.

With Nevada, Pennsylvania, Arizona, and Georgia too close to be called, Biden is still short of the 270 votes needed to win the Electoral College and thus the presidency.

All eyes are now on the key battleground state of Pennsylvania, which accounts for 20 Electoral College votes, as Trump’s lead over Biden continues to dwindle as Democratic-leaning mail ballots are counted.

President Donald Trump also still has a path to victory, but a tougher one than Biden’s, which relies on winning more states.

Because Biden supporters were far more likely than Trump supporters to vote by mail, the outstanding mail ballots in places like Arizona, Georgia, and Pennsylvania are favoring the former vice president — and could eventually lead Biden expanding his margins in Arizona and taking the lead in Georgia and Pennsylvania as more votes are counted into Thursday.

On Wednesday afternoon the Trump campaign said it would demand a recount in Wisconsin decrying, without evidence, “irregularities” in counting process for the “razor thin race” there. They can only file the recount, however, after the race is certified next week, and due to Biden’s current 20,000-vote lead, a recount is highly unlikely to result in Trump winning the state.

The Trump campaign has also lost a number of last-minute court challenges in Pennsylvania, Michigan, and Georgia aimed at slowing down or temporarily halting vote counts.

As of 2:30 p.m. on Thursday, this was the situation in the major states still to call:

In addition to the presidential race, hundreds of critical US Senate and House races on the ballot this fall will determine the balance of power in Washington, DC, for years to come.

Democrats are, so far, having a disappointing week in the race for the US Senate and House after some analysts determined, based on polling and fundraising data in the lead up to the election, that Democrats were favored to win back the US Senate and grow their majority in the House.

With losses in Maine, Iowa, Montana, Kansas, and likely in North Carolina too, Democrats now have a narrow path to retaking the US Senate majority. As the race stands. they’d need to flip both Sen. Martha McSally’s seat in Arizona and win both the US Senate elections in Georgia (at least one of which is going to a runoff), to get a 50-50 tie with Republicans.

And in the US House, Democrats are likely to see the size of their majority shrink rather than expand. As of Thursday afternoon, Republican challengers have ousted seven incumbent Democratic representatives, and Democrats have failed to flip a single Republican-held seat other than two in North Carolina that they were virtually guaranteed to win due to court-ordered redistricting.

See Insider’s full coverage of the race for the US Senate, the US House, 2020’s gubernatorial elections, and some of the most critical ballot initiatives around the country.

Here’s what you need to know about the top 10 swing states and how they voted.

There are six states on the map — Florida, Iowa, Michigan, Ohio, Pennsylvania, Wisconsin — that flipped from voting for President Barack Obama in 2012 to vote for Trump in 2016.

Nebraska’s 2nd Congressional District, which Decision Desk HQ projects for Biden, was rated as “leans Democratic” in the Electoral College by Inside Elections, the Cook Political Report, and Sabato’s Crystal Ball. Trump carried the 2nd District by a margin of 2.2 percentage points in the 2016 election, according to the Daily Kos.

Maine’s 2nd Congressional District is rated as a “tossup” in the Electoral College by Inside Elections and the Cook Political Report and “leans Republican” by Sabato’s Crystal Ball. Trump carried Maine’s 2nd District by a margin of 10 percentage points in the 2016 election, according to the Daily Kos.