15 great new Android games that came out this week

Welcome to the roundup of the new Android games that went live in the Play Store or were spotted by us in the previous week or so. Today I have the arrival of Dead Cells, a fantastic Metroidvania roguelike that’s easily worth the asking price. I also have a unique tower defense game that sports a gritty theme, and a phenomenal space shooter from the devs behind the Bullet Hell Monday series. So without further ado, here are the new and notable Android games released during the week of June 1st, 2020.

It has been a long time coming, but the indie roguelike Dead Cells is finally here, and it was indeed worth the wait. I thought for sure the Android port would have some rough edges, but this couldn’t be further from the truth. The game runs great on my OP7 Pro, and since there are a few different framerate options, as well as an option for HD graphics, the game should be accessible on many different devices. Best of all, controller support is in the mix, which is excellent for those that prefer something more tactile than touchscreen controls. All in all, this is a great port and a great game, so make sure you don’t miss out.

2112TD: Tower Defense Survival is a new tower defense game, and it’s a gritty one that takes place 100 years in the future during an interdimensional war. There are many different difficulties to choose from in the settings, so for those of you looking for a real challenge, you’ll definitely find one here in the game’s survival mode. Sure, tower defense releases are a dime a dozen, but how many of them actually offer adult themes and challenging gameplay? Decluster Zero: Bullet Nocturne is a top-down SHMUP from the team behind Bullet Hell Monday. Just like the rest of the developer’s catalog, this is a hectic shooter typically described as a bullet hell, thanks to the sheer amount of bullets flying around on the screen. This means the game isn’t easy, so make sure you’re looking for a challenge before you jump into this hectic space shooter. 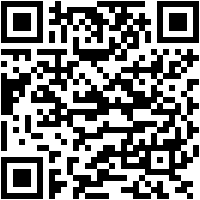 Angelo and Deemon: One Hell of a Quest

Angelo and Deemon: One Hell of a Quest has been compared to the many old-school adventure titles that came from the greats, like LucasArts, thanks to the game’s goofy humor and puzzle-based gameplay. More or less, this is an adventure game filled with puzzles to solve, and like most adventure games, there’s a humorous story attached, though if you’re not a fan of political commentary in your games, then you might not dig this release. 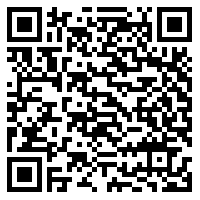 Sky Gamblers: Storm Raiders 2 is the sequel to the highly acclaimed arcade shooter Sky Gamblers: Storm Raiders. This is also the same developer behind the exceptional Radiation Island and City games, so expect a quality release. Much like the original title, Storm Raiders 2 is a gorgeous WWII arcade shooter where you’ll take to the skies in a handful of detailed fighters, bombers, and dive-bombers. Oh, and thanks to the game’s cooperative and competitive modes, there’s a ton of content to explore, both offline and online. 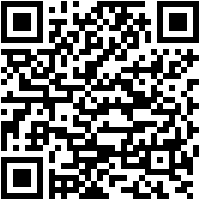 Fridger Arcade looks like it belongs on the Atari 2600, what with its simple pixel-based graphics. This appears to be a style choice to simulate the games of the system, and I have to say the dev has pulled this off with aplomb. Platforming is the name of the game in this release, and so it will be your job to jump around each stage while rounding up steaks and avoiding menacing chickens. 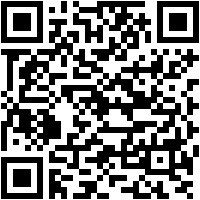 Super Mombo Quest Demo is just that, a demo for a game soon coming to Android. Basically, this title is a 2D platformer that offers charming graphics, and so if you’re eager to see what the full release will have to offer, you can jump into this demo to take a quick look. Sure, the demo’s experience is short, but it doesn’t hurt to take a look since it’s free. HellCopter is basically a casual sniper game where you’ll unload your weapon on your victims as you hover in a helicopter. Infinite bullets are provided, which means you can shoot to your heart’s content. Just keep in mind that this is a simple game best played in short bursts during your downtime. If you’re looking for extended gaming sessions, this is not the game to choose. Words for a bird

Words for a bird comes from Bart Bonte, the dev behind the popular puzzle games green, yellow, black, red, and blue. As you would expect, Words for a bird is also a puzzle game, and this time around, you’re tasked with finding words in a tree filled with letters. The box in the middle will clue you into a few of the letters you’ll need to complete the phrase at the top, and as you progress, this task grows more and more difficult. Honestly, I’m not doing the game justice. It’s definitely a title you have to experience yourself to understand its full potential. Early Worm is a colorful platformer that utilizes slingshot mechanics for movement. This means the game is kid-friendly, and since it’s monetized fairly, I can wholeheartedly recommend this release. So if you’re looking for an enjoyable platformer with intuitive controls that even a kid can pick up with ease, then Early Worm is definitely the title to look at this week. 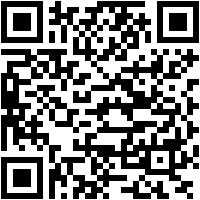 Neon Flytron is an endless runner that’s currently in early access, and man, does this game look nice. It gives me some serious Fifth Element vibes, though you can generally expect to play through a standard endless corridor runner where you’ll dodge obstacles as you collect in-game currency. This currency can then be used to purchase and customize the game’s flying vehicles. When I was a kid, I loved drawing with my Spirograph. There was simply something about the designs that made the whole thing a joy to play with, which is why I was intrigued this week by VOODOO’s latest release. Much like the physical toy, you can draw all manner of crazy patterns with this title, all by choosing the plates that go inside of the outer ring. The differences in these plates are what allows for so many different patterns, which you’ll unlock as you play. Sadly the game isn’t monetized all that well, though the core gameplay is still enjoyable, especially in short bursts. Bomb Bots Arena is a multiplayer title that plays like the classic arcade game Bomberman. So if you’re looking for a quality Bomberman clone that plays similarly to the original game, all while supporting online gameplay so you can blow up your friends, then you should definitely check out Bomb Bots Arena. Sure, the game could be monetized better, but at least the gameplay is a hoot. ZENONZARD- Artificial Card Intelligence is an actual card-based game built around the use of AI. Now, this AI is supposed to help create worthwhile battles, though really the game plays like any other gacha-based card game on Android. It would appear that the drop rates are pretty good right now, which is a plus, though, like most Bandai Namco mobile releases, the game is filled with sloppy loading screens that make for a title that feels like it’s spliced together. It also doesn’t help that this is one of the more confusing card games to learn the rules of, and the title’s tutorials aren’t that helpful in this regard. Ever since Limbo found worldwide success as an indie game that’s wholly displayed in black and white, there’s been a bunch of copycats. Shadow Knight: Deathly Adventure RPG is the latest mobile game to run with similar black graphics as the core of its design. While the game’s animations and backgrounds look pretty good, I have to wonder why everything else is displayed in black. While I’m sure many will say covering the foreground and characters in black is simply a style choice, it sure is a convenient one that saves money on detailed character design. As you would expect, Shadow Knight is also a 2D platformer, so it plays more like Dead Cells than Limbo. WTF Game Of The Week

It’s been a while since we’ve had a WTF game in a roundup, but when I saw Will It Grind this week, I just knew I had my next WTF release. This is a title where you’ll shove random objects in a garbage disposal, such as flowers, mugs, eggplants, and even keys. Now, as a child, I always wondered what would happen if I shoved random objects in my family’s garbage disposal, and now everyone can live out this fantasy with Will It Grind. It’s a totally unnecessary game with a questionably idiotic theme, and I absolutely love it.