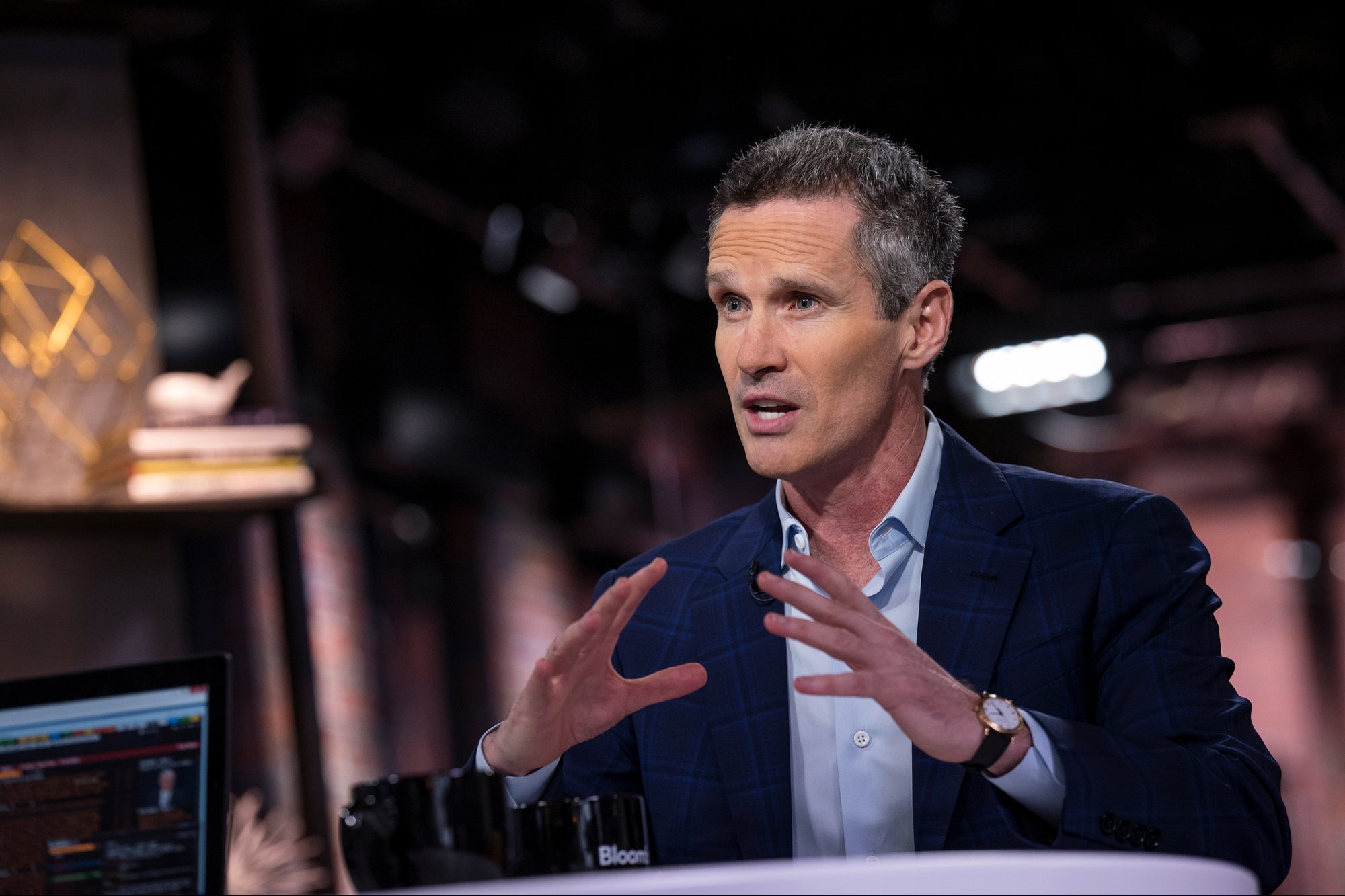 
In Comparably’s ongoing series in partnership with Entrepreneur, If I Knew Then: Leadership Lessons, I host virtual fireside chats with high-profile CEOs of major brands from, Nextdoor and Blue Apron, to Waze and Warby Parker. As the host, I ask talented leaders to share some of the valuable lessons and practical career advice they learned during their career trajectory. These rare, candid insights into the lives of remarkable catalysts for success in the business world are accessible as a resource of inspiration for current and future entrepreneurs and are not to be missed. When CEOs get transparent, you can’t help but lean in.

For the latest episode, I sat down with Dan Springer, CEO of DocuSign, who leads thousands of employees globally, allowing DocuSign to modernize organizations by making every agreement 100 percent digital. Driving innovation and growth in technology and the Software-as-a-Service (SaaS) industry exemplifies Springer’s executive leadership and experience for the past 25 years. Prior to DocuSign, the Harvard MBA graduate served as chairman and CEO at Responsys for a decade, where he revolutionized and grew the business from a private startup to a leading cross-channel global marketing automation platform — resulting in Oracle’s $1.6 billion purchase of Responsys in 2013.

As a veteran of Silicon Valley, Springer holds honors as both the Bay Area’s Most Admired CEO and Best CEO. He is also a 2020 recipient of the Robert F. Kennedy Human Rights Ripple of Hope Award, sharing this accolade alongside top U.S. infectious disease expert, Dr. Anthony Fauci, as well as San Francisco 49ers Colin Kaepernick, for his leadership on social change during these trying times. Barack Obama, Hillary Clinton, Bono, and the late Representative John Lewis have also received this award, catapulting Springer into the company of greatness.

Among other topics, this conversation covers Springer’s origin story — from “winning the ovarian lottery” to attending the famous Lakeside High School with alumni such as Bill Gates and Paul Allen — laying the foundation for his early life before becoming a serial entrepreneur. Here are the 12 essential takeaways from our chat:

1. Successful business leaders don’t all come from the same mold

Everyone has a different background and path in life; use that to propel you forward. Springer shares that he grew up with a single mom in an affluent suburb, which might have given him a chip on his shoulder in the early part of his career at McKinsey. However, he turned that initial insecurity into something positive by excelling and overachieving.

2. Use failure to push you to do better

Springer expounds on the concept of grit, and on the notion that surviving a little bit of a failure pushes you to do better. Failure pushed him in that way, and he often thought, I’m going to keep trying and fight through it and not let that experience define me.

3. There is an element of serendipity in all of our careers

When he looks at each of the things he has done, Springer admits he only gets a third of them to turn out the way he wants them to: “I do think you have to be in a position where you accept that both good fortune and bad fortune will come your way. You can’t get overly down or overly up and get complacent. You have to have that energy to keep charging ahead.”

4. A great leader knows how to play to people’s strengths and bring employees together

Know how to bring people together. For example, sometimes the innate traits of people-pleasers and conflict-avoiders have enormous value. Springer has used these positive attributes to build teams: “I was always trying to make everyone work well together.”

5. Humility makes you a better leader

Accepting that there’s always room for improvement is the key to being a great manager of people. Springer says that having a healthy respect for your colleagues within an ecosystem is the future of leadership, rather than charging hard via your ego.

6. There is a three-part formula for how to evaluate people

To calculate this, take your smarts and your strengths, or “S,” divide that by your ego, or “E,” and then raise that to the power of how hard you work. “If my ego gets too high, it wipes out the other components,” Springer says. “You can improve some of your skills over time, but your ego and how hard you work are components within this formula that you can control — and mastering what you can control makes a big impact.”

7. Exiting at the top of your game to be a stay-at-home parent is worth it

Springer talks about the opportunity he took to focus on being a single dad to his two young sons after selling his previous company. He recalls exiting at the top of his game to focus on fatherhood as one of his best personal and professional decisions. “Men should choose parenthood over work more, instead of the pressure for women to do so.”

8. Having empathy is the key to being successful as a citizen

Springer taught his sons a great lesson when he told them that they’ll be happier in the long run if they help others in life: “We are very involved with The Boys and Girls Club. We pick organizations that we really want to get behind with our focus and time beyond just our money.”

9. Be a servant leader and take an interest in making your employees successful

Upon returning to the workforce after a four-year hiatus to raise his sons, Springer realized he had missed helping young people develop their careers. He is a big believer in servant leadership and prioritizing the success of employees. By welcoming all points of view and focusing on the professional development of staff, a servant leader can create more trust and loyalty within the organization.

10. Hire smart people with expertise and let them drive

11. It’s important to have the rigor to know how you are spending your time

Knowing when those extra hours in the office are needed and when they are not is crucial. Springer admits that he was notoriously one of those people who felt accomplished when he checked things off his to-do list. He spent hours on things that were just reactions to people and not necessarily quality time for big-picture strategic thinking. He suggests we pick our spots of when we need to show up and deliver, and when we can sneak away to play with our kids.

12. Get rid of the small things so you can focus on the big ones

An example of this is getting everything out of your e-mail inbox before you get into bed. “If I can’t get it onto a yellow sticky, it’s too complicated,” Springer says. “I tell people that if we are doing a 45-minute meeting, I want to see the slides the night before. That kind of discipline makes everyone more productive, and without focus and attention, we do not do a good job of solving problems.”

Watch the full webinar to hear more insights from this incredible leader.