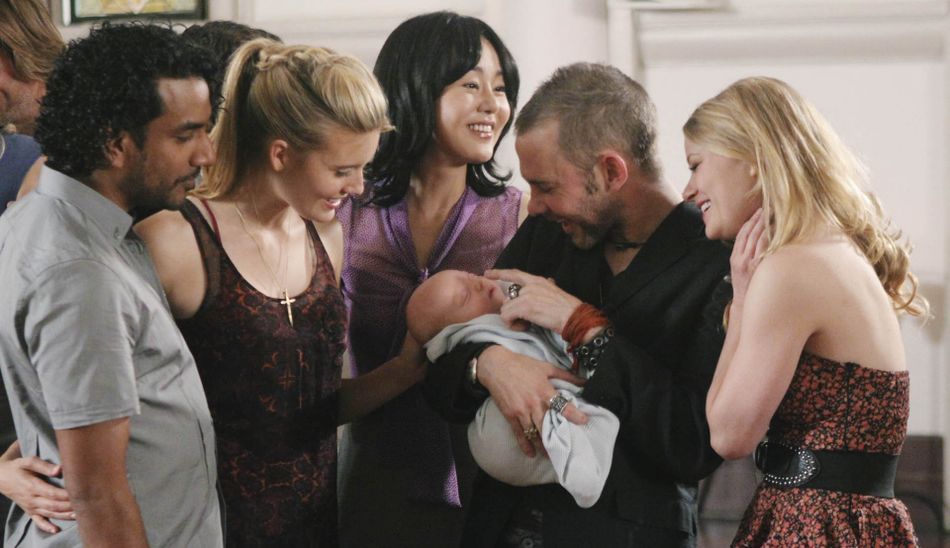 On May 23, 2010, the cultural phenomenon of ABC’s Lost concluded after six years.

Within the next five days, I rewatched “The End,” the two-part series finale, because I needed to face it alone and bawl my eyes out. I am not heartless, so like any Lost fan I’ve revisited some favorites over the years (always “Do No Harm,” “Greatest Hits,” or “The Constant,” and one anomalous viewing of “LaFleur”).

But I have not rewatched one of my self-proclaimed favorite TV shows of all time from start to end since 2010. Until now.

A few months ago, I did something either very funny or very fucked up or both, and decided to watch Season 3’s “Stranger in a Strange Land,” a notoriously rough episode and one of the show’s worst, on a flight to Thailand (this is the episode about Jack living in Phuket and doing truly nothing of import). But what was supposed to be a bit and a way to kill time in transit also hit me with a flood of memories.

Everything about the show and the episode rushed back to me from whatever cave of my brain in which it had been hiding. I was hit full-force by my affection for Jack, Kate, Sawyer, and everyone else — they felt like friends from another life, brother, whom I hadn’t seen in ages. At the end of the episode, Michael Giacchino’s stirring score kicked in like the emotional equivalent of an electromagnetic implosion — and in that moment, I knew I had to rewatch all of Lost.

From 2004 for 2010, Lost was a ubiquitous component of pop culture. It was the thing you meant to watch, the thing you were sick of hearing about, the thing you gave up on or didn’t get — or, for some of us, an unequivocal constant. It was designed emphatically not to be a binge — indeed, there was no such thing at the time — but a project to be chipped away at painstakingly over time.

To watch any episode was to buy in to days, weeks, or years of tantalizing mystery, suspense, and emotional investment. At a time when we were still getting a new Harry Potter book every several years, I likened Lost to reading a few pages every week. (I also devoured copious articles about the show in between and thought “Huh. This would be a cool job.”)

Rewatching it as an adult and as something of a TV journalist myself, I did see Lost‘s flaws under a magnifying glass. Season 2 is still solid but unmemorable, while Season 3 bears unmistakable markers of floundering: plot lines with no endgame, pointless flashbacks, and character assassination (Sawyer/Kate was a baseless abomination and I will gladly fight about this). Season 6 is obviously clunky because at that point everything outside of Jacob, the Man in Black, and half a dozen main characters was lip service — unimportant and ultimately unaddressed, weighing down the show’s final hours before being blown into oblivion like Leslie Arzt.

That last season excels when it focuses on the big picture, but Lost’s final episodes were in many ways a microcosm of its dueling identities. It wanted to be a sweeping, poetic portrait of morality and the human condition, but so many episodes were devoted to comparatively microscopic conflicts that ultimately meant nothing: Remember Ilana? Or Dogen? Or Zoe? Yeah, you don’t have to.

Perhaps the toughest and weirdest part of Season 6 is processing that all the joy and suffering these characters endured was to bring most of them to an undisclosed location for a job interview. It is painful, if not impossible, to grapple with the fact that our lives may utterly be meaningless, either a blip in the history of the universe or, at best, a blip in our own consciousness as it continues beyond death.

Lost remains remembered for a divisive finale, one which boiled many of the show’s most pressing questions into an overarching epic of good and evil, life and death. I never understood those who dismissed “The End,” and after revisiting it mere days ago, I can stand by that even more firmly now. Having devoured Damon Lindelof’s work since then, it makes perfect sense to me, like the surreality of Watchmen or unapologetic enigma of The Leftovers.

It is impossible, while watching the early seasons of Lost, to imagine how it could ever lead to an all-powerful being and a battle for humanity’s essence. But it is also impossible, if you’ve spent 121 episodes with these characters, to stay dry-eyed during that final scene and not want them to stay awhile longer. People leave and things end and suffering is one of life’s few actual constants: All of these are the agonizing but ever-present themes of Lost.

When I think about what Lost means to me 10 years since its completion, it has almost nothing to do with the actual story and everything to do with who and where I was as I witnessed it unfolding. I think of my best friend, who was effectively a stranger until we started exchanging a few scarce daily words about Lost between high school classes. I think about the people I’ve loved and lost since the show ended, and about how unlikely and special it was that our paths crossed at all, that they may cross again in the proverbial flash-sideways or flash-forward. My heart swells for my friends as it does for these characters, with whom I spent countless crucial hours in a strange and unfamiliar place.

I doubt any Lost fan would be so bold as to declare it the best TV show ever, but it was undeniably one of the the best viewing experiences many of us will ever have. It is not the greatest show, but I’m glad to confirm after a decade that it remains one of my favorites. I got the same chills and then some when we learn that Ethan wasn’t on the plane, when the raft finds a boat, and when our castaways meet a man named Henry Gale from Minnesota.

In this viewing, I was moved more than ever by what these characters mean to each other and how their shared time on the island bonded them inextricably from the first moments to the last. I can’t think of many shows where most of the core characters didn’t know each other at all before events of the pilot. These were literal strangers, to us and one another, but to paraphrase Christian Shephard, they all needed each other.

The significance of that went completely over my head as a teenager; I spent my days with classmates or family who knew me since childhood — the true concept of strangers, let alone those who change one’s life forever, was effectively foreign. 10 years later, it’s something I’ve been through again and again.

I’m aware that Lost isn’t your typical comfort TV, but I relished rediscovering this series because it reminded me of who I am and how I became her. We are all shaped by the people and events of our lives, and in some cases, the TV shows. I consider myself lucky to have found Lost when I did, and no matter how many years go by, I can always, if I have to, go back.

Lost is streaming now on Hulu.

Amazon's Seattle campus is home to a new homel...

If Coronavirus Is a War, Let's Do What the Mil...